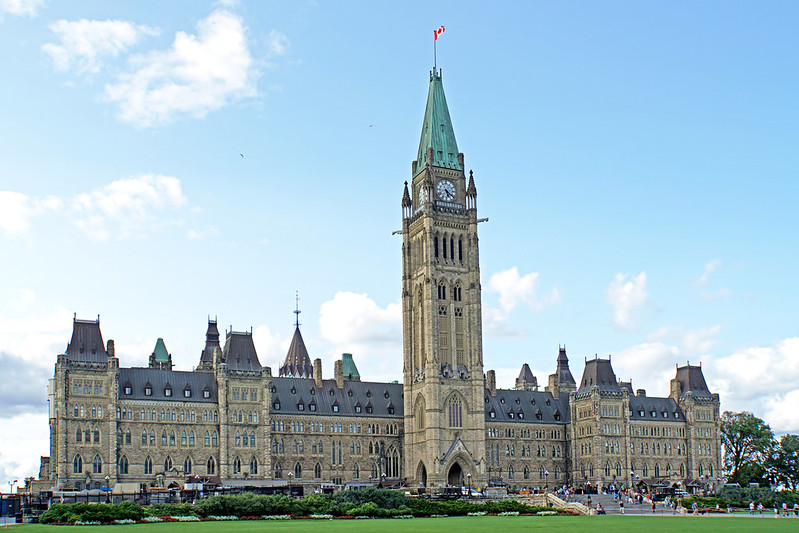 For four months, the Canadian government has forced Canadians to stay home. It shut the U.S.-Canada land border to “non-essential” travel, a closure that has just been extended until at least August 31. It has also required anyone entering the country from abroad to endure 14 days of self-isolation—essentially house arrest—even if they show no symptoms of Covid-19.

The authority for these restrictions comes from the Quarantine Act, which says that Prime Minister Justin Trudeau and his cabinet can place conditions on people entering Canada if there’s an outbreak of a disease in a foreign country that poses “an imminent and severe risk to public health in Canada” and “no reasonable alternatives to prevent the introduction or spread of the disease are available.”

Few would disagree that those conditions were met at the height of the crisis. But Mr. Trudeau can no longer claim that all non-essential international travel poses an “imminent and severe risk” or that “no reasonable alternatives” exist to the near-total shutdown of the U.S. land border and mandatory 14-day self-quarantines for travellers. These are severe restrictions that are costing Canadian jobs in the airline industry and tourism sectors and creating agony for people whose loved ones live abroad. These restrictions also appear to be unconstitutional at this point in the pandemic. It’s time for the federal government to follow the lead of many European countries by dropping the 14-day self-quarantine for travellers from safe—and I stress safe—countries, and creating a less onerous self-quarantine and testing regime for those travelling from unsafe countries like the United States.

Most Canadians don’t realize it, but section 6 of the Charter of Rights and Freedoms explicitly states that “every citizen of Canada has the right to enter, remain in and leave Canada.” The federal government can only place limits on this constitutional right if those limits are reasonable and “demonstrably justified in a free and democratic society.” The limits currently in place were reasonable and justified in March when Covid-19 was spreading out of control in many parts of the world. But as of July, most European countries have a handle on the virus. They have good testing and contact tracing in place. Their rates of Covid-19 are now the same or lower than Canada’s. Travelling to and from these countries with precautions like masks on airplanes and physical distancing will not put Canadians at a significant increased risk. At this point, a person is no more likely to get Covid-19 in Berlin than in Montreal and no more likely to get sick on a plane flying from Seoul than on a bus headed to Calgary. The government can no longer justify its infringement of section 6 when it comes to these kinds of destinations.

The 14-day self-quarantine requirement for those who travel to and from countries with similar or lower Covid-19 rates may also be an unconstitutional restriction on the right to liberty guaranteed under section 7 of the Charter. Liberty can only be restricted “in accordance with the principles of fundamental justice,” and that includes the principles that laws must not be overbroad or arbitrary. Self-quarantine restrictions may be rational for those travelling from risky places, but they may be overbroad or arbitrary if they apply to people traveling from places that pose no increased risk. Some scholars have also suggested the 14-day self-quarantine may count as an arbitrary detention under section 9 of the Charter.

Instead of keeping these unconstitutional restrictions in place, the government should follow the approach many European countries are taking, which is to allow travellers to enter without quarantining so long as they’re coming from a country that has a lower or similarly low infection rate, a downward trend in cases, and proper testing, social distancing and contact tracing in place. Alternatively, Canada should follow the Icelandic approach. In Iceland, tourists from countries it considers very safe—currently Denmark, Finland, Germany and Norway—can enter without restrictions, while those from other relatively safe countries such as Canada, Japan and South Korea can opt for two Covid-19 tests—one at the border and one five days later—instead of 14 days of house arrest. In Canada, this could include Canadians who travel to safer parts of the United States. Changing the requirements might frighten Canadians, but offering border testing for returning Canadians would keep the risk low and it would be a much less serious infringement on our rights.

Our constitution makes clear that governments can only limit our rights in ways that are reasonable and demonstrably justified and the Quarantine Act only allows government to take actions when there is an “imminent and severe risk” and “no reasonable alternatives exists.” The Trudeau government’s near-total closure of the U.S. land border and 14-day self-quarantine requirements no longer meet those tests.

This article reflects the personal opinion of the writer and is not the official position of the CCF.

Image by Dennis Jarvis and used under CC 2.0.